June 19, 2016
I recently started working on  widows 10 Apps( Apps not Applications) security. Before diving deep in hacking terms lets try to understand what's new in Windows 10 UWP( Universal Platform) as compared to old Apps. Lets begin with how apps actually work on windows 10(desktop/tablet). Now windows 10 comes with a container only for running apps inside the isolated environment. By default, /APPCONTAINER(Linker Flag) is off. This option modifies an executable to indicate whether the app must be run in the appcontainer process-isolation environment. Specify /APPCONTAINER for an app that must run in the appcontainer environment—for example, a Windows Store app. (The option is set automatically in Visual Studio when you create a Windows Store app from a template.) For a desktop app, specify /APPCONTAINER:NO or just omit the option. The /APPCONTAINER option was introduced in Windows 8.
Now there is no registry entry concept for these app in the System HIVE rather they install they own hive control by container(ApplicationFrameHost.exe).  So as soon as you install app it will go inside Somewhere/WindowsApp/AppName. The somewhere is a variable generally you find it inside system Windows directory. Rest of roaming & local data will be saved in the same place as for the other App or applications. 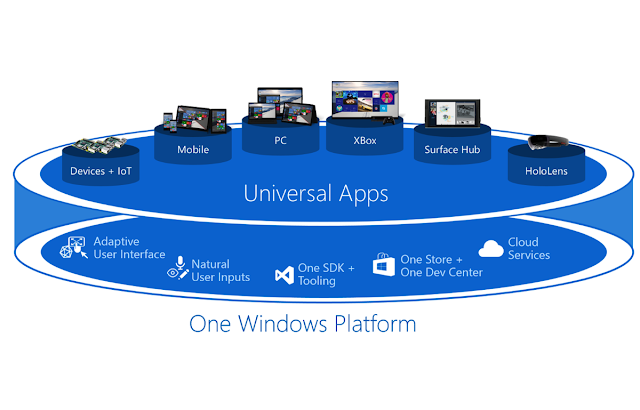 Windows is also running a project Centennial to convert old apps into UWP format. Lets now examine the level of security these apps really do provide.
Lets go in Owasp top way and analyze.
Insecure Local storage:
Yea as the data is in local directory folder it can be easily accessed. It not like you have root (in android), little privileged escalation will do in case of windows.
Reverse Engineering:
It not as easy as for android apks but with little knowledge of ollydbg you can really do magic on windows app. Local data also not check for integrity so if you want to change any text & internal detail  that are shown in UI & there in local data assets then you can easily tamper it.
DLL Injection:
Yes this will again gonna haunt windows apps. I tried and simple thread hijack is working absolutely fine. With frameworks like easyhook & frida you can change extract & hackers can create modules to easily hack info from the apps.
SSL/TLS:
More secured as compared to android where you have to do proper ssl/tls implementation your self. Even IOS app store is going complete ssl/tls soon.

Rest I will cover in another post on how to hack & identify security flaws into Windows10 UWP app. Any comment or suggestion will be appreciated.